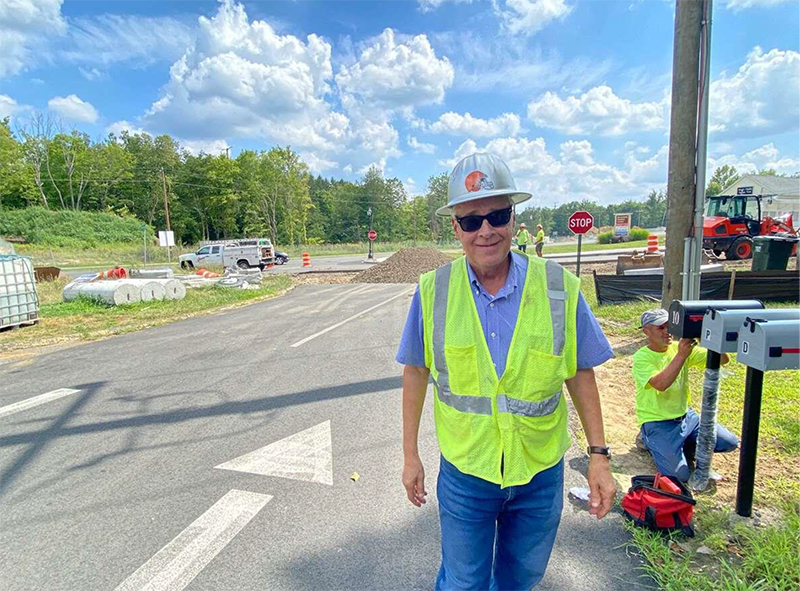 Greg Dembowski, Brookfield Planning and Community Development Manager.
BROOKFIELD — The Cleveland Browns football logo front-and-center on his hardhat and a Cavaliers symbol
to the side, Greg Dembowski took a break Tuesday afternoon to explain the ongoing development in the Four
Corners section of the town.

At the corner of Route 7 and Old Federal Road behind him, crews worked to expand sidewalks and
construct a pocket park along a line of roadway that will ultimately connect to the Still River Greenway — one
of the most-walked trails in the state and one that features the longest footbridge in Connecticut.
Across the street, more crews moved the earth to clear a plot of land set to be the site of a yet-to-benamed future grocery store. All of it is part of a major overhaul to a section of town known as the Four
Corners

“Initially, eight years ago, it was thought about as three phases but it has been so successful, you can
see all around you is construction, four projects within eyesight of here are now under construction,” he said.
“It has grown and has been very well-accepted,” he added.
Dembowski is the town’s community development specialist. He moved to Brookfield 36 years ago
after leading a career at the Union Carbide Corporation, a subsidiary of Dow Chemical Company, where he
excelled at project management.

After serving as vice chair of the town’s Economic Development Commission, Dembowski would later
accept an offer for a full-time position that today finds him overseeing the town’s ongoing, six-phased
streetscape project. Read Full Article

Recent Posts
Open For Business
Living In Brookfield
Get Started 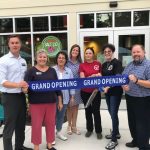 Salt 2.0 Grand OpeningBrookfield In the News