UPDATE: Because of weather this event has been rescheduled. A ribbon cutting ceremony is planned for the opening of the 2nd phase of Brookfield Village, 802 – 806 Federal Road on Thursday, October 28th at 10:00 am. Brookfield Village Phase 1 opened in March 2018 a few months after the completion of Streetscape Phase 1. Both projects were the first to be constructed following the completion of Fitzgerald and Halliday’s 2012 Town Center Revitalization Plan which became a top priority in the town’s 2015 Plan of Conservation and Development.

Speakers at the ceremony include First Selectman Steve Dunn, Brookfield Village Project Manager Allan Rothman and Economic Development Commission Chairman Jim Fisher. The event will be in the courtyard between the two new buildings and will move under the bridge in the event of inclement weather. 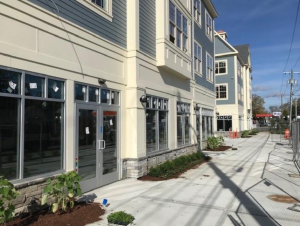 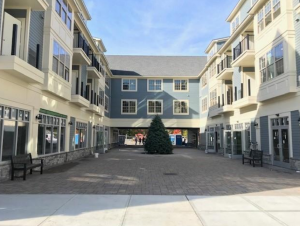 View from Federal Road of Brookfield Village’s two newest buildings connected by a bridge with
a courtyard area between them.

Recent Posts
Open For Business
Living In Brookfield
Get Started 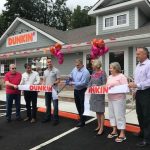 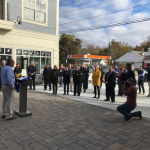